What is Indian culture 🤔?

India's culture is among the world's oldest; civilization in India began about 4,500 years ago. Many sources describe it as "Sa Prathama Sanskrati Vishvavara" — the first and the supreme culture in the world, according to the All World Gayatri Pariwar (AWGP) organization. 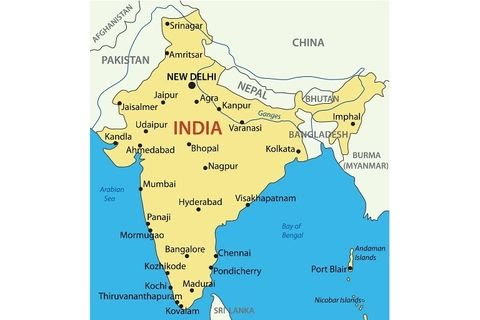 Western societies did not always see the culture of India very favorably, according to Christina De Rossi, an anthropologist at Barnet and Southgate College in London. Early anthropologists once considered culture as an evolutionary process, and "every aspect of human development was seen as driven by evolution," she told Live Science. "In this view, societies outside of Europe or North America, or societies that did not follow the European or Western way of life, were considered primitive and culturally inferior. Essentially this included all the colonized countries and people, such as African countries, India, and the Far East."

However, Indians made significant advances in architecture (Taj Mahal), mathematics (the invention of zero) and medicine (Ayurveda). Today, India is a very diverse country, with more than 1.2 billion people, according to the CIA World Factbook, making it the second most populous nation after China. Different regions have their own distinct cultures. Language, religion, food and the arts are just some of the various aspects of Indian culture.

Here is a brief overview of the culture of

Many people living in India write in Devanagari script. In fact, it is a misconception that the majority of people in India speak Hindi. Though many people speak Hindi in India, 59 percent of India residents speak something other than Hindi, according to The Times of India. Bengali, Telugu, Marathi, Tamil and Urdu are some other languages spoken in the country.

Sanskrit, an ancient Indo-European language usually referred to in action movies, came from Northern India. How the language started has been a point of argument amongst linguists. It shares many similarities with English, French, Farsi and Russian languages. New DNA research in 2017 found that an Aryan invasion may have introduced the beginnings of Sanskrit. "People have been debating the arrival of the Indo-European languages in India for hundreds of years," said study co-author Martin Richards, an archaeogeneticist at the University of Huddersfield in England. "There's been a very long-running debate about whether the Indo-European languages were brought from migrations from outside, which is what most linguists would accept, or if they evolved indigenously."

India is identified as the birthplace of Hinduism and Buddhism, the third and fourth largest religions. About 84 percent of the population identifies as Hindu, according to the "Handbook of Research on Development and Religion," edited by Matthew Clarke (Edward Elgar Publishing, 2013). There are many variations of Hinduism, and four predominant sects — Shaiva, Vaishnava, Shakteya and Smarta.

About 13 percent of Indians are Muslim, making it one of the largest Islamic nations in the world. Christians and Sikhs make up a small percentage of the population, and there are even fewer Buddhists and Jains, according to the "Handbook."

The CIA cited similar figures. According to its World Factbook, around 80 percent of the population is Hindu, 14.2 percent is Muslim, 2.3 percent is Christian, 1.7 percent is Sikh and 2 percent is unspecified.

When the Moghul Empire invaded during the sixteenth century, they left a significant mark on the Indian cuisine, according to Texas A&M University. Indian cuisine is also influenced by many other countries. It is known for its large assortment of dishes and its liberal use of herbs and spices. Cooking styles vary from region to region

Wheat, Basmati rice and pulses with chana (Bengal gram) are important staples of the Indian diet. The food is rich with curries and spices, including ginger, coriander, cardamom, turmeric, dried hot peppers, and cinnamon, among others. Chutneys — thick condiments and spreads made from assorted fruits and vegetables such as tamarind and tomatoes and mint, cilantro and other herbs — are used generously in Indian cooking.

Many Hindus are vegetarian, but lamb and chicken are common in main dishes for non-vegetarians. The Guardian reports that between 20 percent and 40 percent of India's population is vegetarian.